Most of us know that psychic mediums are people who believe that they have special gift or ability to perceive information normally hidden from a person’s psyche (mind).

Psychic mediums have many specialisms, such as: 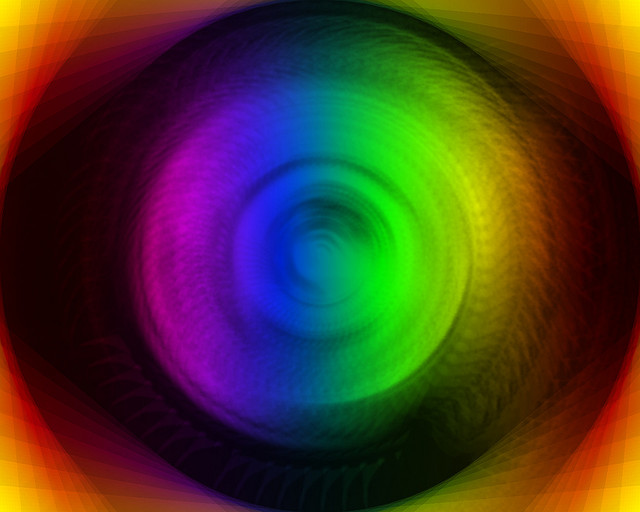 What exactly is an aura?

It is believed by many people, not just psychic mediums, that an aura is an electro-magnetic energy field that surrounds people and even animals, plants, and inanimate objects such as furniture, statues and machinery.

This energy field is a subtle, colourful luminous radiation, and in the vast majority of cases an aura is seen as multiple layers of colour around a person or object.

Radiation is something that occurs naturally, of course, and so people that are able to read one’s aura can decode a lot of information based on the energy that is radiating from them.

The colours, and in particular the intensity of these colours, have special meanings and are used to determine a person’s personality traits, thoughts and more.

OK, so how can a camera be psychic?

Photographer Carlo Van de Roer is a New Zealander now living in the United States that claims to have a psychic camera that is capable of reading a person’s aura, similar to how a psychic medium would!

He says that he uses a camera called the AuraCam 6000 (originally invented in the 1970s) which consist of one or two hand sensors which are connected to it with cables. It uses Polaroid instant film, and the camera is adjusted to suit the subject being filmed.

When the subject puts their hands on the sensors, biofeedback information is fed back into the camera and using a special process, this information is transformed into a colourful aura that is projected from the subject.

How auras are traditionally read

Traditionally, the way to read one’s aura is as follows:

The colours that surround a person in their aura are associated with different meanings:

As you can see, the colours offer an insight into a person’s personality and emotions.