There has been an explosion of technology in the television world within the past few years, before then we were forced to watch television programmes dictated to us by broadcasters, but happily things have moved on a long way since then and now we are in control of what we watch, and when we watch it. 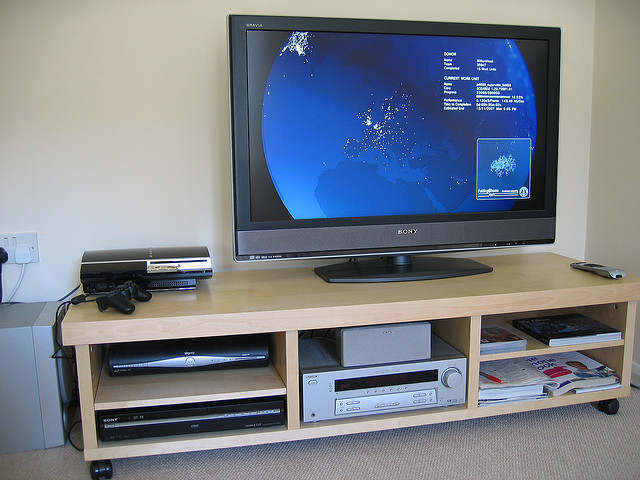 These days we have access to a vast number of services that let us choose the programmes and films we want to watch, and the great thing is that we are no longer forced to sit in the living room to watch our favourite television programmes.

Many services let us watch television content on our desktop and laptop computers, and even when we are out and about we can watch stuff on our smartphones and tablet devices!

Pretty much all on-demand services utilise our broadband Internet connections to either stream programmes to our preferred viewing device, or they are downloaded and stored for offline viewing at a later time. Here is a selection of services that are set to turn 2014 into the year of the Internet TV:

The BBC iPlayer is perhaps the first provider of on-demand television in the United Kingdom. Although programming is limited to content from the BBC, there is a wide range of soaps, documentaries, comedies, and news and current affairs programmes to name just some of the content available.

This content can be download to a computer or mobile device, and stored on those devices for up to a week which is great for offline viewing purposes.

Aside from on-demand programming, it also offers live broadcasting on occasion, which is great for watching sports broadcasts from your tablet for example when another family member is watching something else on the television in your living room.

Sky On Demand and Sky Go

If you are a Sky customer, then you will be able to access the Sky On Demand service through your broadband Internet connection. This service, which is free to Sky customers, enables you to watch many programmes on-demand that have been aired by Sky, and you can also access terrestrial television services such as BBC iPlayer. These programmes have to be downloaded to your Sky+ box and watched on your television.

Sky also offer another service called Sky Go, which is similar to Sky On Demand except that content can be downloaded to any device such as a computer or mobile device.

Launched back in 2010, Google TV is a service that enables you to watch on-demand programming either on an integrated television or through a “buddy box” attached to your existing television, as well as surf the web using a specially-build version of the Chrome web browser, and watch YouTube videos.

There are services available such as Netflix and LoveFilm, which let you download and watch movies on your television or a computer or mobile device for a monthly subscription fee.

What about bandwidth and general Internet speed?

Adam Graham, of Premier Choice Internet, admits that he has some reservations about the widespread use of on-demand services which use broadband Internet connections.

Although these types of services are likely to make 2014 the year for Internet TV, he says that there is the question of broadband usage (bandwidth) to consider; some broadband providers cap bandwidth before charging extra for out-of-quota usage, and whilst a programme is being downloaded or streamed, it can potentially slow down the Internet for other householders.

Bathrooms Of The Future: Technology That Will Enhance Our Morning Rituals

The Advances In 3D Printing

uTorrent is coming to Linux

5 STUPID things everyone does to speed up their computer