We are used to seeing all sorts of gadgets and technology used in various rooms in our homes, for example in our living rooms we will most likely have a big widescreen LED television that are extremely thin, some homes may have a side-by-side (or American-style) fridge-freezer with a built-in ice maker and water dispenser in the kitchen, while other rooms may have downlights that are controlled by a digital control panel.

But one part of our homes where we aren’t used to seeing much in the way of technology is our bathrooms. After all, they are just places for us to bathe and use the toilet, right? Well truth be told, there are actually loads of cool technological advancements available for our 21st century bathrooms. Check out some of these exciting examples to see just what I mean! 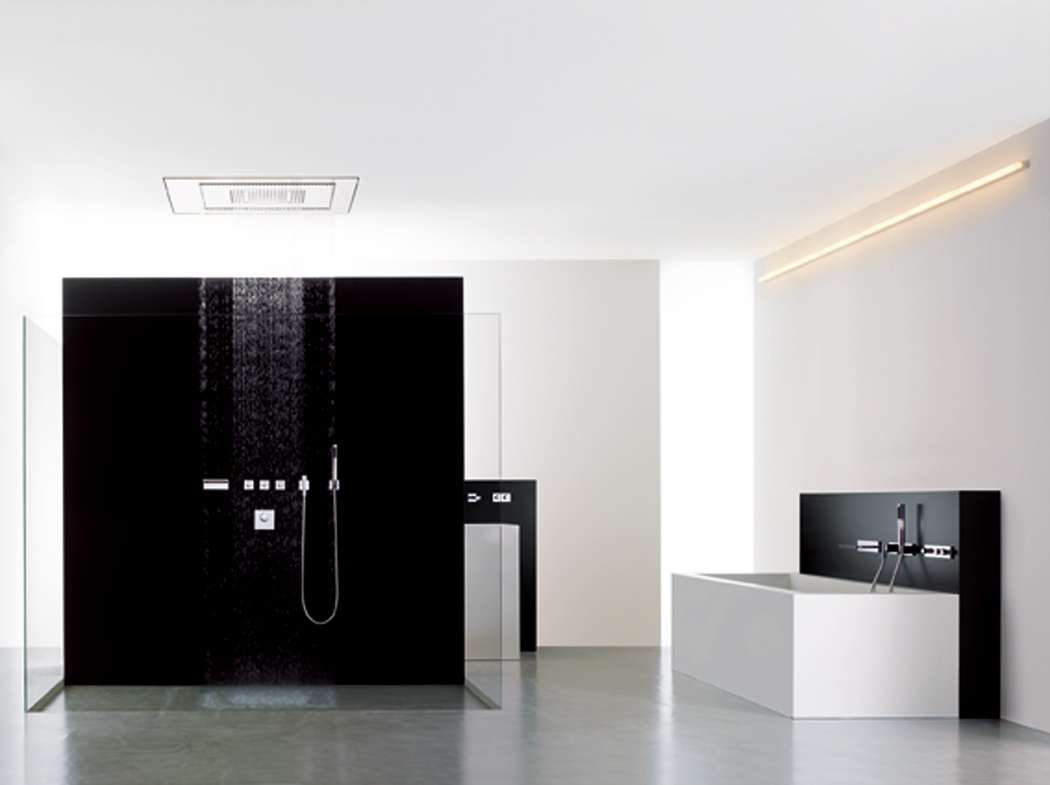 Forget your 9-kilowatt electric shower, the crème de la crème of showers have to be super showers! They have multiple shower heads, often on the walls surrounding your shower cubicle as well as fitted on the ceiling, and they can be programmatically set using a number of different profiles, which is great if other people live with you,and each person wants their own pre-set spray patterns.

They usually feature digital control panels mounted on the walls, with different coloured LEDs to indicate the temperature levels (as well as an actual digital temperature reading, in case you forget what freezing cold, lukewarm, hot and melting point temperatures feel like). 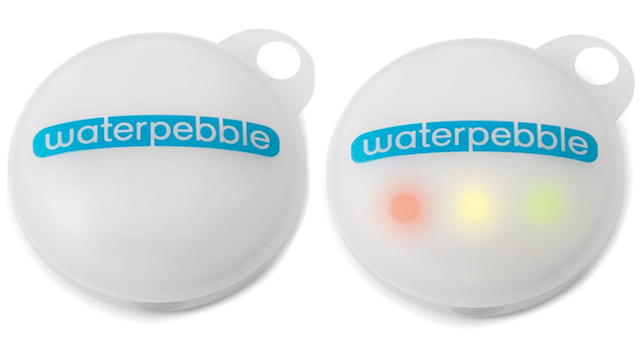 These waterpebble gadgets are not as fancy as a super shower I’m afraid, but they should still be part of any bathroom of the future as they serve an environmental purpose – to help you conserve water.

Some people love to spend ages in the shower, but not only do you end up with a big electricity and water bill, you are actually wasting lots of water too. The waterpebble helps you to save on your water usage by utilising a traffic light system of LEDs – green means you are still OK to keep on showering, amber means that you should get ready to finish your shower, and red means you should get out because you’ve used too much water! 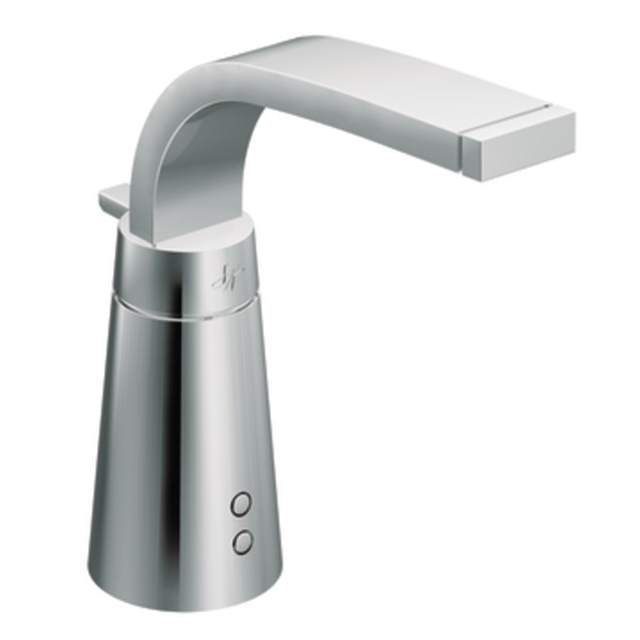 Another great water-saving idea can be realised in your bathroom thanks to the Moen Destiny Mixer Tap. It is a hands-free chrome mixer and is simple to use; you simply put your hands underneath the tap and water will come out automatically. Remove your hands, and the water stops. 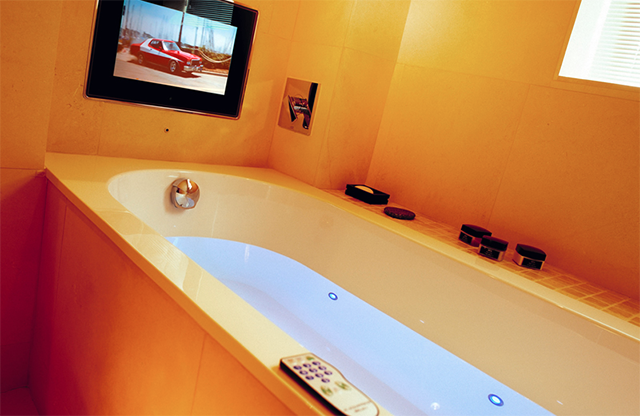 Most people have televisions in their living rooms, their bedrooms and even in their kitchens, so why should the bathroom be excluded from such audio-visual technology? Waterproof televisions come in a range of shapes and sizes, and the frameless ones look the best when installed in a wall just above your bathtub like in the photo above. 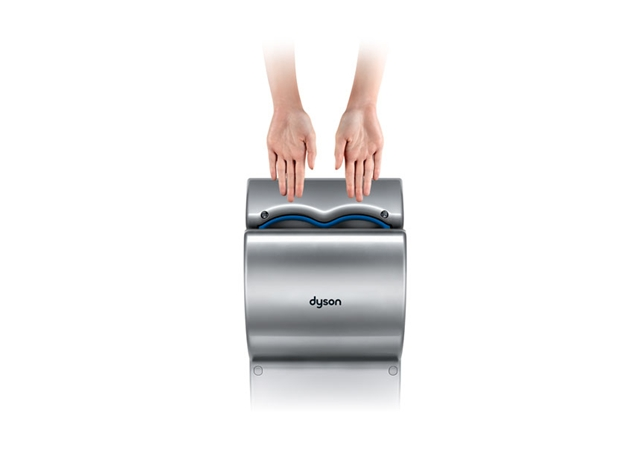 Any bathroom of the future will not need towels for drying your hands on after washing them, as people can use a device such as the Dyson Airblade Hand Dryer instead! You might see some of these fitted in public toilets for example, but there is great potential to use such devices in a futuristic home bathroom instead.

It uses a high compression fan which is the equivalent of 90,000 rpm to dry your hands quickly and hygienically. Can you imagine if Dyson were to one day use such technology to create extractor fans for bathrooms as well? Our bathrooms would have virtually no condensation whatsoever!

The Rapidly Changing World Of Computers

Is There A Correlation Between Procrastinating & Productivity?

IT Problems That Are Damaging Your Business, And What To Do About Them