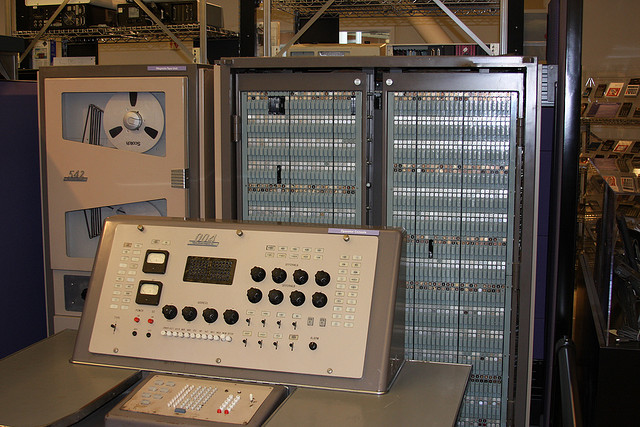 Most people born after 1990 won’t remember life before computers, and although these machines have actually been around since the 50s, the real impact of their creation took a while to reach the common folk. Still, we’d be lost without them now, and that’s exactly why I’m taking an hour or so to write this article today highlighting some of the ways they’ve managed to change the world for the better. Many people long to return to the simple life we had in previous times, but most fail to acknowledge that their daily routine would be considerably more difficult if that were to happen.

Some of the ways I’m going to list in a moment may seem slightly trivial, but in the wider context they play a much more significant role than you probably realise. It’s certainly true that military technology seems to lead the pack, and indeed the first ever computers were designed for this application, but any advancements do eventually filter down through the ranks until they become part of civilian life. Take the recent progressions in robotics for example, most originate from a company called Boston Dynamics in the US who specialise in creating autonomous battlefield warriors, yet those same progressions have become the fundamental underlying principles behind our modern robot vacuum cleaners. Impressive eh?

Anyway, without further delay, here are 11 ways that computers have changed the world:

Before we had the internet to vent our frustrations, the only way to get a point across was to voice it in person, and although this seems reasonable, it’s not ideal for anyone who has slightly revolutionary views. Thanks to online forums, social media websites and a whole host of other platforms, it’s never been easier to give an opinion or relay information without risking your own reputation or livelihood. Like it or not, some people respond in a pretty disgusting way to those who think differently, and so being able to keep one’s identity secret is proving to be a huge benefit for society.

During the 1980s, it would have been almost impossible for someone from the UK to network with people overseas without jumping on an airplane and hoping they would be granted a meeting. However, this has changed considerably. Through the use of email and video messaging anyone who wishes to can communicate instantly with others anywhere in the world for very little cost (free in most cases) on a secure system that guarantees privacy.

3 – They Protected Us From Dangerous Weather

Had it not been for the first computers over 60 years ago, technology would never have progressed to that stage where we have satellites in space warning the world about tornados, hurricanes, tsunamis and freak storms. Thanks to the digital nature of these devices and their ability to send information in the blink of an eye, millions of lives have been saved globally over the last 20 years alone. Although they still get it wrong from time to time, everyone agrees they’re assistance is invaluable, and we really couldn’t do without it.

4 – They Kept People Out Of Trouble

Crime has reduced significantly since computers started worming their way into the homes of every family in the UK, and this is likely to have something to do with their ability to occupy us when there seems little else to do. Gaming consoles in particular have given otherwise disruptive children and means of keeping off the streets and something to pass the time when they get bored. As the old saying goes “the devil makes work for idle hands to do”, and this is probably what was happening in the 80s before Nintendo and Sega released their first gaming products.

We’d all like our children to spend their time doing something productive, but if they refuse to do this, it’s surely better they play games in their bedrooms than terrorise people on street corners, right?

5 – They Generated New Types Of Work

The profession of freelance writing has been around for many years, but sadly the only people capable of doing this were those with connections at top companies who operate within the field. Computers have changed all that, and nowadays it’s increasingly simple for all talented individuals to get in on the action. With firms needing content for their websites, newsletters, press releases and even help to fulfil their obligations when it comes to a professional essay writing service, the internet has found a way of bringing people together in a hassle free way that proves beneficial to all involved.

6 – They Helped Speed Up Education

Although the length of degree courses at our top universities have been the same for many years, having computers around now means that students spend a lot less time in the library, and a lot more time in the comfort of their accommodation sat in front of a screen. This helps to speed up the education process because it means that learners are more capable of sourcing information themselves. Also, with the advancements in reliable video messaging, lectures can be missed entirely and streamed online at a more convenient time, resulting in an astonishingly flexible schedule that allows students to prioritise their workload accordingly.

This is a pretty recent application for computers, and admittedly it’s not one everyone out there agrees with, but there can be no denying that machines have played a significant role in ousting some of the most brutal and unfair regimes in the world over the last few years. You should all remember the Arab spring, right? Well, that’s actually still going on, and though Egypt is currently in turmoil, without the technology used to overthrow their corrupt government, the people would still be living in fear for their lives.

Again, had it not been for social media and international news websites, the residents of these nations would never have realised just how oppressed they were, and so it’s unlikely they would have banded together and fought to free themselves from dictatorships.

8 – They Revolutionised Media In All Forms

You can still buy CD’s and DVD’s from your local supermarkets, but there is currently a huge change happening in the industry that will see physical media disposed of in preparation for moving everything onto the internet. With websites like YouTube and Netflix receiving more and more visitors each year, soon everything we watch and listen to will come via a WiFi connection.

This has come about because the film and music industries have both realised there is little they can do to combat piracy online, and most of their titles had already been uploaded by people who failed to obtain the relevant rights anyway. So, to claw some profit back, they came up with this solution.

9 – They Encouraged Us To Make Better Decisions

This relates to almost any choice you make nowadays, from retail purchases to what you should eat when you’ve got a headache. The information superhighway is jam packed with advice and reviews from millions of people who’ve either purchased a particular product or been in a similar situation to the one you find yourself in. So it should be unsurprising to learn that most of us now turn to the internet whenever we encounter a problem or are unsure about whether to part with out hard earned cash.

Just think, how many times of the last year have you typed a question into Google and received the most appropriate answer immediately? Hundreds, I’ll bet.

The only way to purchase an item from a shop in France during the 1970s was to hop on a ferry and travel for hours to reach it. Yet almost as soon as the internet was launched officially, it became possible for consumers to buy their products from anywhere in the world without even leaving the comfort of their own home. Likewise, this opened up entirely new streams of income for business owners who now have a global customer base, despite being stationed in some of the most remote locations imaginable.

11 – They Helped People To Find Love

You’ve all seen those dating websites being advertised on the TV haven’t you? Well, although some of us would rather hit ourselves in the face with a hammer than create a profile, these online companies have actually managed to successfully bring thousands of couples together since the concept first went digital around 18 years ago. So, without computers many more people would still be sat at home on their own feeling sad and lonely, and I happen to think this is one of the most worthwhile advancements to come about because of technology.

Well, that’s about all I can manage today. I really do hope you found this article interesting and now feel a little more positive about the impact computers are having on your own life. However, if you’re still a little concerned about it all just remember; computers may be able to beat you at chess, but you’ll always come out on top in a boxing match!

Just How Can You Become A Pro Gamer?

The Way Forward With A New Tech Start Up Brand